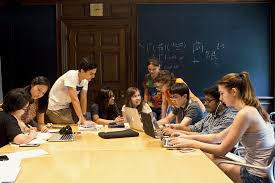 Can you imagine starting school in August? A time when students should be hanging out at the community pool with friends, getting their first jobs and earning their own cash, and travelling to see family abroad. Well, that’s exactly what the Frederick County school board has proposed for their 2023-2024 calendar year, starting school the second week in August.

A school board meeting that took place on October 27th, 2021, reviewed the first draft of the proposed 2023-2024 year, which has a start date of August 9th. The year would include 27 weeks of five-day instruction, a longer spring break, days off for Yom Kippur, and the Wednesday before Thanksgiving. Additionally, the second semester would start before Christmas break. Included are five built-in snow days and the school year would end on May 21st if none of the snow days are used. Although this is confusing at first glance, there is a reason behind this proposal.

So, what was it? To give AP students more class time before testing starts. Under the FCPS current calendar year, students who take AP classes in the spring have 67 days of class time before testing starts. The proposed new calendar would allow 77 days. According to the Frederick News Post, board member Brad Young said, “he’d like to see FCPS compile data on whether the incremental increase in instructional days led to better test performance for spring AP students,” when referring to the reasoning of the proposal.

I don’t think this would work for Baltimore County schools. This would disrupt our usual activities, seeing as school would be starting a whole month earlier than normal. As a former AP student myself, every day we get to study for the AP test is crucial. Even though the ten extra days may be helpful, it would impact a lot of students’ lives more than we know.