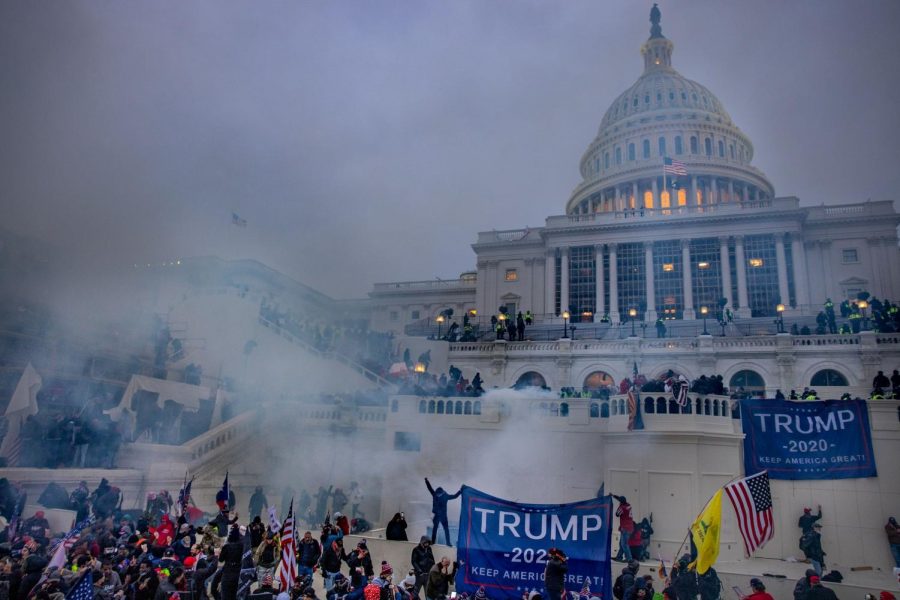 It is safe to say 2020 was a total disaster and we were hoping for things to get better in 2021. Sadly, just six days into the year, 2021 hit Americans with a twist. The goons of Donald Trump attacked the Capitol of the United States in the hopes of stopping the count of electoral votes. Rioters scaled the fences of the building and surprisingly passed the Capitol security successfully, causing chaos.

Words are not enough to describe how embarrassing this event was for Americans. Pro-Trump rioters caused major damage after attacking Capitol officers and vandalizing federal property. Videos and pictures all over the internet show how they broke the windows and doors of the building. Those goons broke into congressional offices and left threats on Nancy Pelosi’s table. According to CNN, a rioter left a paper that read the message “WE WILL NOT BACK DOWN” showing how determined the invaders were to achieve their goal. They were pleasant enough to leave surprises for the staff of the Capitol building like smearing feces and urine inside the building. “There was urine. There was clear desecration” said Rep. Hakeem Jeffries, who spoke to WNYC-TV.

The Capitol officers let down the whole country by allowing thugs into the building. Why did they not have the same energy as they did during the Black Lives Matter Movement? They surrounded the Capitol area during a peaceful protest that demanded fundamental human rights and equality for all. Yet they were nowhere to be found when a violent mob stormed the Capitol. There is video footage showing how the officers moved the barricade, allowing Trump’s supporters into the building, including pictures of rioters and officers taking selfies in the Capitol.

Were officers working with the rioters? That might have been the case which will not be surprising, only disappointing. If Trump’s thugs who held weapons were switched with black lives movement protesters with cardboard signs, there would have been a death toll and mass arrests made. Trump ordered his thugs to “fight like hell” to avoid surrendering the position he LOST. The capitol officers should have been prepared to defend the capitol. “They weren’t prepared for whatever reason. They were not prepared to protect the Capitol. Shame on them” said Chief Thomas Graham, former commanding officer of NYPD’s Civil Disorder Unit. It is just embarrassing to see them put so much energy into a peaceful protest but not try their hardest during a Trump riot. Their response showed a double standard and hopefully, they do better in the future.